Not what you're looking for? Open a new support ticket or view a request.

[intro]Plan your shots and where the action will be - as they say in the scouts - 'perfect planning prevents poor performance' and well-thought-out video projects look a lot more professional rather than something that's just been flung together, so to speak.

It's a good idea at this stage to plan your shots, especially if you've not edited a video before. It's a lot easier and quicker to create a video that is one continuous shot as opposed to sewing together lots of different shots all at once, so bear this in mind before you begin.

What platform are you filming for? Instagram will require a square or vertical video, whereas YouTube likes horizontal videos. It's a good idea to know this before you begin and make some test footage to see if the video editing app on your phone will allow you to rotate your footage to suit different aspects and if it does, how much of a horizontal shot is potentially cut off to make your footage suitable for a vertical platform.

Use the grid settings on your phone camera - these will be found usually within the camera settings and will give you a nine-square grid to use as a reference whether you're shooting horizontally or vertically.

For example, your presenter should be in the centre of the shot if they’re talking about a subject that they want the viewer to concentrate on, but if you’re demonstrating something behind the presenter, use the 2/3rds rule - make sure that the presenter is within the first column of your grid and the action behind them is within the rest of the grid. 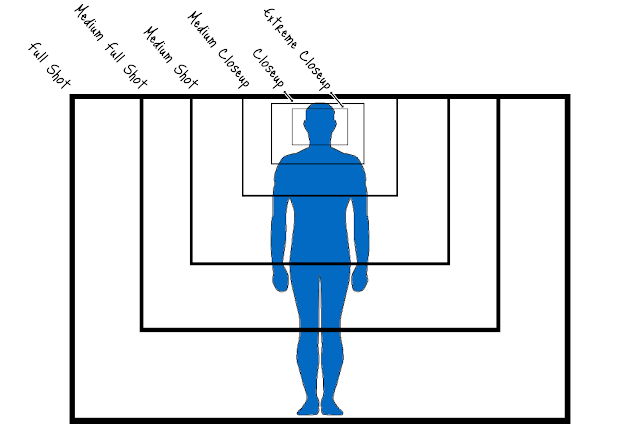 Be conscious of what’s in the background - by giving a lot of space to the background, your viewers will subconsciously concentrate on it. You’ll notice some TV programmes use backgrounds to demonstrate a specific metaphor - for example, a presenter talking about teamwork in the workplace might have acrobats building a human pyramid behind them. The human pyramid only works if the acrobats work together as a team, and this further supports what the presenter is trying to say about teamwork.

Where you position your presenter also plays a part in a good video too. Viewers typically 'read' a frame from left to right, so bear this in mind when you're planning where to stand. For example, during weather updates on TV, you'll notice that the presenter always stands to the left of the frame - this is because what they are saying is the 'important information' and the weather map behind them is a visual summary of that information. If you removed the map from the frame entirely and stood the presenter front and centre in the frame - you'd still have a weather update. 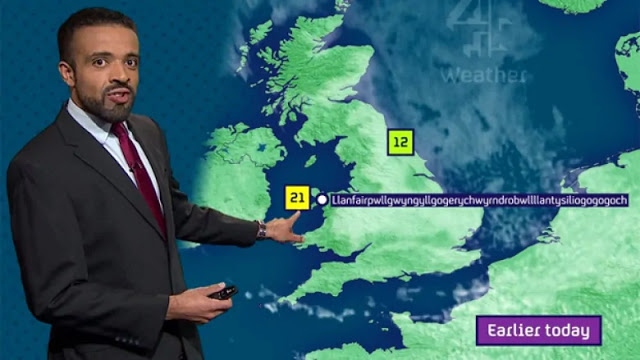 However, if you look at the videos I make for the Support Centre at EKM, you'll notice I'm in the bottom right-hand corner. This is to encourage my viewers to pay attention to what I'm showing them on the screen. If you removed me from the video, you'd still have an instructional video as I'm visually showing the viewers what buttons they need to press whilst my being there in a way is superfluous as I'm simply describing what the viewers can already see. 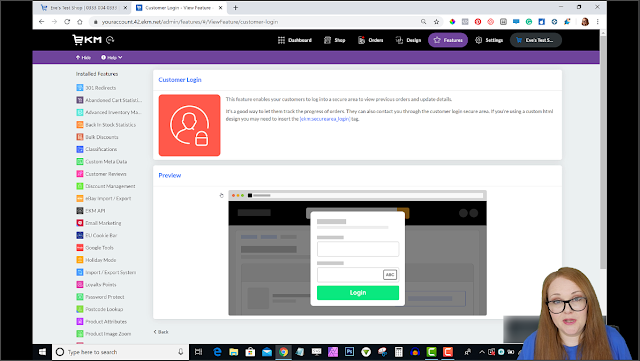 Ultimately - the centre of the shot is where your viewer’s eyes will go automatically, so make sure that everything that is in your shot is there for a reason, and there’s no superfluous huge backgrounds, people or action.

When you are planning your videos, it's a good idea to work out what kind of shots you wish to use with whatever you have going on in the background. With this in mind, here's some of the most commonly used shots you'll see used on both social media and television. These apply to both horizontal and vertical footage but remember that if you're shooting vertical videos, you have a lot less background to use, so plan accordingly. Use the grid setting on your phone's camera and the shots guide to help you position your presenter and your camera in the right place. 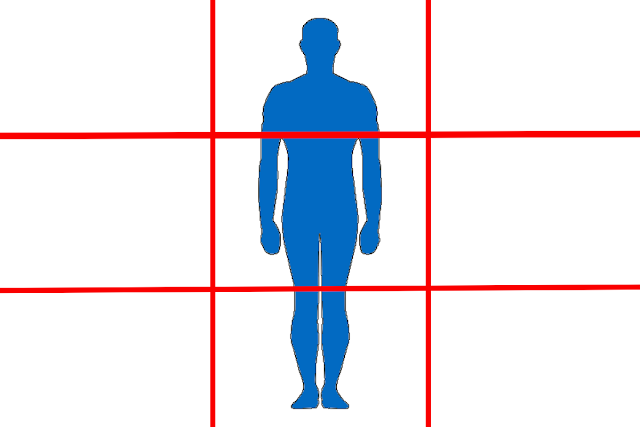 Bad for: Footage where you need the viewer to pay attention to what you're saying and there's no action either in the background or in front of you. The viewer will automatically look at the presenter's whole body - so if what they're talking about is nothing to do with the background or what they're wearing, you won't need to use a full shot. 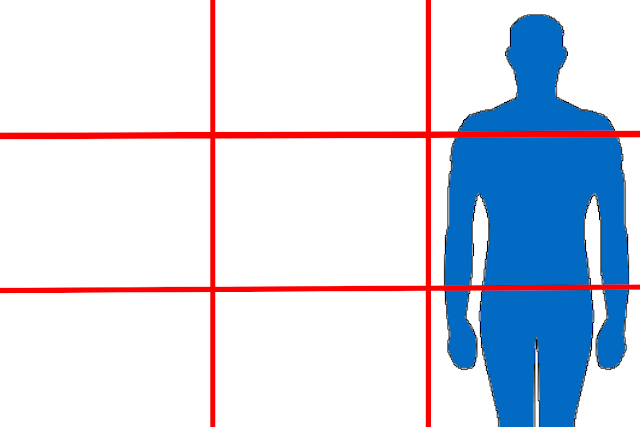 Good for: Weather updates on TV, and tutorial style videos with a whiteboard or graphics which are used to illustrate what the presenter is saying.

Bad for: Footage where you need the viewer to pay attention to what you're saying and there's no action either in the background or in front of you. 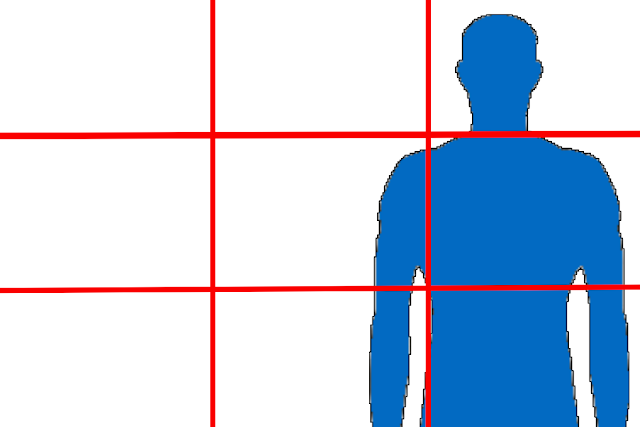 Good for: Good for most things, the medium shot is ideal for presenters either to the side or centre of the frame. If you're just talking to your viewers with no specific action in the background, this is the kind of shot you should be doing. This shot is used a lot on TV during the news, where a presenter is in a location; the background is a visual representation of where they are and what they are saying describes the reason they are there.

Bad for: Presenters who are not very expressive when they talk as this stiffness can be seen within the frame. The frame size allows for expressive movement, so if you have a person that fidgets nervously with their hands or stands rigidly in front of the camera, a closer shot instead will hide their discomfort and make them appear a lot more relaxed than they really are. 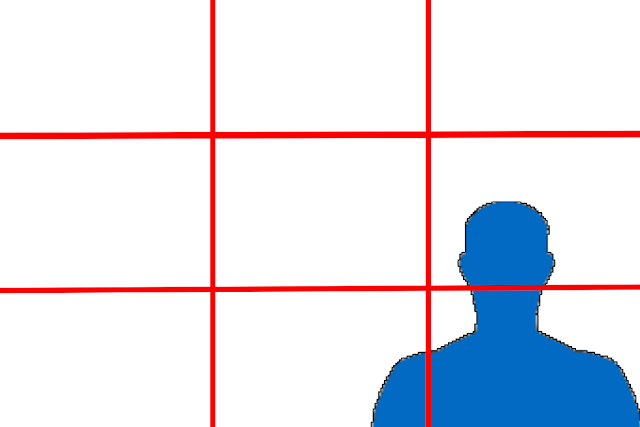 Good for: Replacing medium shots if the presenter isn't comfortable within a wide space. Commonly used for screen share-type tutorials (like the Support Guide Videos I make for EKM), where the emphasis is not on the presenter but what is on the background, so the presenter space is relegated to the corner of the frame. If the presenter was centralised in the frame, you'd recognise this shot from the news and talk shows where interview guests are often filmed from the chest upwards. 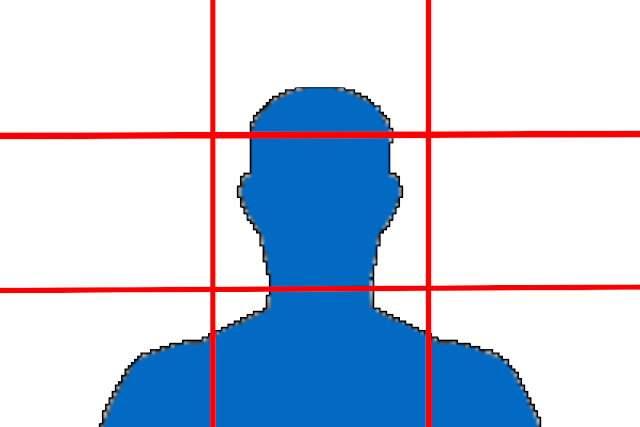 Good for: Where what the presenter is saying is really important, such as interviews. Most often used in make-up tutorials and beauty industry videos to display the products used on the face. Also a really good frame for nice photographs.

Bad for: shots where some kind of background action is being alluded to, but not visible. There needs to be more space around the presenter to fit in a background. 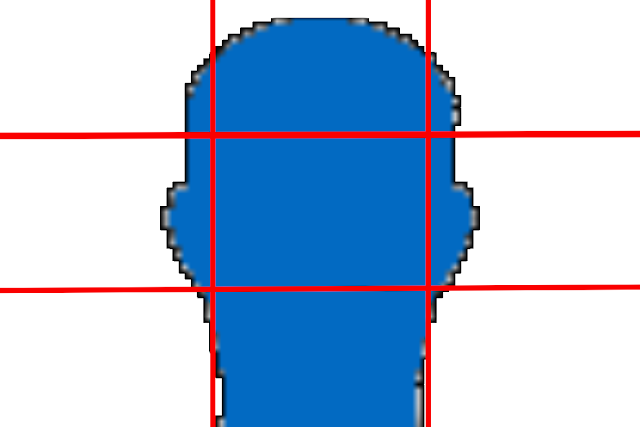 Good for: Modelling make-up, glasses, headphones and presenter speech where you're trying to set a quiet, intimate vibe. Other than make-up type videos, you'll probably never need to get this close to the camera.

Bad for: Most things - because the person is so close to the camera, it can feel intrusive and in some ways, a little sinister. This tight frame is used in movies to convey intimacy between characters, or used in monologues. For videos promoting your brand, you probably won't even need to be this close to your presenter.

Purchase a tripod - I can't emphasise this enough! You can do a lot with a simple £12 one and it allows you to make hands-free videos which opens you up to a world of possibility. Tripods are very affordable and a lot more reliable than propping your phone up on a surface. 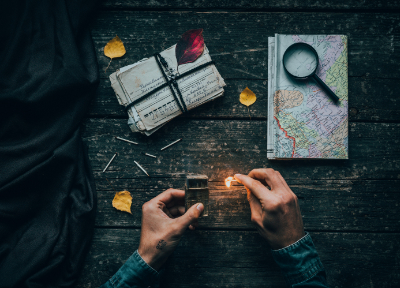 Glass sheets are an excellent way of recording hands-free, from directly above

If you're making a video of an item that is particularly small and detailed, use the glass sheet method for close-ups on small products. Get a glass sheet and polish it to remove any fingerprints. You then need to balance this sheet between two even surfaces and place your phone on top of the glass. When lit correctly, this allows you to take close-up footage of items whilst keeping the camera perfectly still.

[tips]When you've set up your camera and background, it's a really good idea to take still photos of everything to ensure that when you shoot more videos in the future, you can replicate the same settings so that all of your videos will have some continuity.[/tips]

When it comes to talking to cameras, most people are filled with dread. It's understandable - most folks 'don't like the sound of their own voice' and if you're anxious and trying to memorise an internal script as well, it can quickly turn into something nerve-wracking. As always though, the more often you do something, the less daunting it becomes. Remember, what you're doing is pre-recording something to edit it later, so if you fluff your words the first time, just stop, pause, and start again.

It's obviously a good idea to have a plan of what you're going to say, but don't use a script. Talking and reading are two completely different mediums, and the language used for text to be read is not necessarily the way you would talk in real life. With that in mind, bullet-point what you need to say on a piece of paper out of shot of the camera, and use your own natural conversational style to explain what you need to; imagine you're talking to your friends, and allow yourself to relax.

It’s not always necessary for you to be in the video, and sometimes using a voiceover will be a better idea. You can only create a voiceover if you have a video editing app that allows you to export the audio from a video, so check this before you plan a voiceover video.

Use voiceover-style videos where you want your viewers to pay attention to everything in the frame; they're ideal for tutorial style videos, especially on small items where close up shots will be used. To record a voiceover using your phone, simply turn on the camera, set it to record video and place it on the tabletop in front of you, facing the ceiling. Make sure you're in a quiet space and simply talk. sometimes it's helpful to play the video you are providing the voiceover for on a separate device with the volume muted, so you can react and sound more natural.

When you have finished recording your voiceover, upload the video as a separate project and export the audio from it. You can then import this audio and edit it over your video project quite easily.

Before you begin to record any kind of footage on your mobile phone, be sure that you have:

You should now have a rough idea of how you want your videos to look, how they should be shot and the kind of content you're going to create. With that in mind, now would be a good time to sketch down your ideas and write your intro and extro read for your video series.

[contact] If you need our help with your EKM online shop, contact your Account Manager or Customer Support, who will be able to point you in the right direction. We're open from 8am-6pm weekdays and 9am-5.30pm on the weekends. If you'd like to suggest a feature or an upgrade on any of the EKM platforms, please let us know on the EKM Suggestions board. If you have a non-account specific question to ask the EKM Team, join us in EKM Community. [/contact]

Did you find it helpful? Yes No

Send feedback
Sorry we couldn't be helpful. Help us improve this article with your feedback.